With over 60 years of experience, Palmwood's mission is to create custom homes with excellence, while serving and leading the community with integrity. Customers and business partners attest to Palmwood's unique legacy that bears out in a distinct way of doing business which guarantees success and satisfaction. 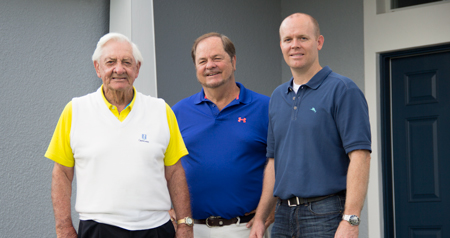 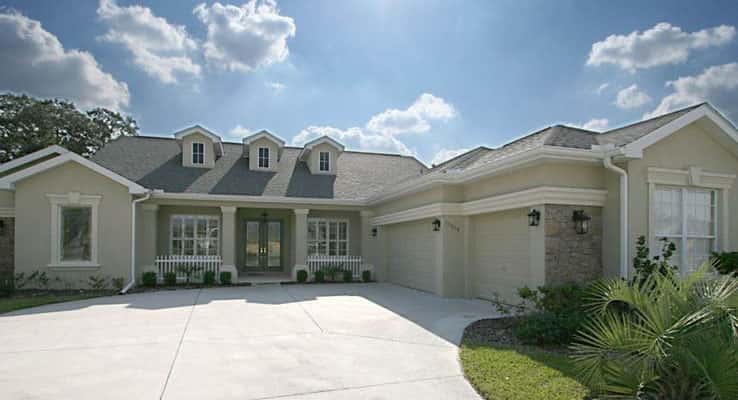 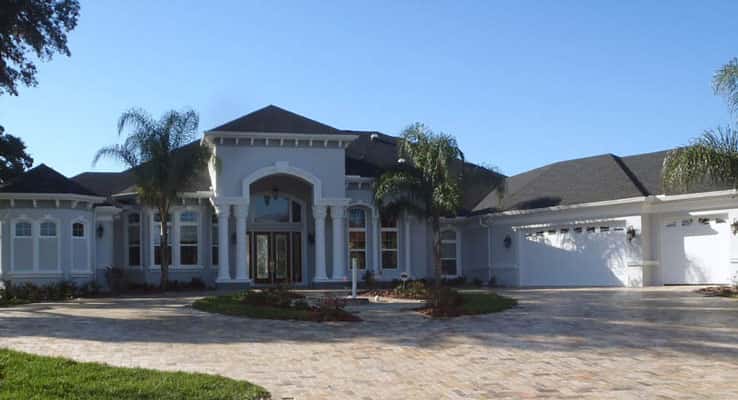 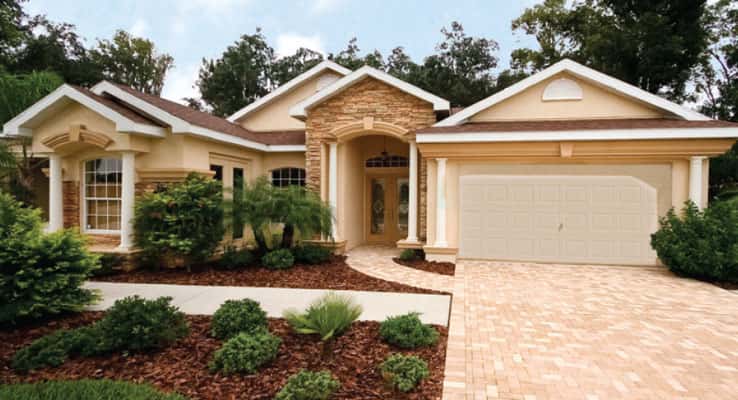 The Palmwood legacy goes back to 1957, when founder Ralph S. Glover started building with the vision of creating Florida-style homes to accommodate the growing needs of Central Florida, as people discovered the unique beauty that Florida has to offer.

Mr. Glover originally started building on scattered homesites in the Tampa Bay Area and constructed apartment complexes on Snell Isle in St. Petersburg, Florida. He turned to developing communities with the creation of Palm Terrace Estates in Port Richey, which contains approx. 1,200 homes built by Palmwood through the 1960's and 70's. At that time, Palmwood also developed, managed and owned various commercial centers throughout the Tampa Bay Area. Real estate, both general and commercial, has been part of Palmwood's scope ever since.

In 1976, Stuart Glover, the second generation, added his strength to the company. He soon earned his State Certified Builder's License and real estate broker's license. Stuart took over management of Palmwood's operations in 1989, with a vision to expand its area of service to include Citrus County. The next couple years brought the fulfillment of this aim, when Palmwood became a select builder in Sugarmill Woods in 1991, and brought its exceptional custom homes to Citrus County. Meanwhile, as a managing partner in the early 90's, Ralph Glover Sr. created GlenLakes, a private golf community of over 1,000 villa and estate homes in Hernando County, Florida

In the early 1990's, Palmwood introduced the innovative Cabana design to the Nature Coast. This unique courtyard-style home "wowed" guests and quickly became a popular design to build, as well as a "must-see," unforgettable experience to visit. As demand increased, Palmwood designed variations including two-story, expanded guest/master wings, and smaller versions. Today, the Cabana remains a favorite.

Stuart Glover succeeded his father as President in 1995, and led the company toward the new millennium with a continued commitment to increase Palmwood's impact and excellence.

The rest of the 90's found Palmwood active in building on individual homesites throughout the tri-county area. During that time, Palmwood also constructed ~120 villas and custom estate homes in Silverthorn, a new golf community managed by the Arnold Palmer Group.

With the dawn of the 21st century, Palmwood introduced its Silver Series, value-designed and well-built homes that made the Palmwood name accessible to every budget. These affordable homes were popular for people starting out, down-sizing, as retirement, winter or holiday homes, or for people who wanted something more simple. Their popularity resulted in increased designs including an economical Cabana Silver home. In combination with the Gold Series custom Estate homes, the Silver Series expanded Palmwood's product line of homes to fit every price range & lifestyle.

In the new millennium Palmwood was invited to become a featured builder in the champion-class golf communities of Lake Jovita and Hernando Oaks. Meanwhile, Palmwood continued the final development of Orchard Park, a neighborhood of 243 half-acre lots in the heart of Spring Hill, Florida.

In 2006, Christopher E. Glover, Stuart's son, joined the company as Chief Operating Officer, leaving a successful career with Raymond James Financial to invest in the family heritage. Chris has been influential in injecting fresh vision to make Palmwood continue to stand out in the changing, competitive industry.

To better serve the needs of its clients, in the mid 2000's Palmwood expanded its list of services to include room additions and remodeling. Palmwood has also renewed its role as a custom commercial builder in Hernando, Citrus, and Pasco County.

Palmwood's founder, Ralph S. Glover, is still involved in guiding and oversight, lending wisdom gained from years of success encountering the changes of the industry and economy. Starting off in commercial construction up north, Ralph moved to Florida and specialized in new home construction. An aggressive forward-thinker, Mr. Glover Sr. used his skills and vision to establish numerous communities throughout the central Florida area. He partnered with international and domestic investors to create flourishing developments throughout the Nature Coast. He is credited with developing communities such as Glenlakes, River Country, and River Run condominiums.

Stuart R. Glover currently serves as Managing Member of Palmwood Construction LLC. and President of Palmwood Realty. Educated with a Bachelors' and Master's degree in Boston and Chicago, Mr. Glover is a licensed broker and residential/commercial builder. With over 40 years of experience in the industry, he has built successful projects in communities such as Silverthorn, GlenLakes, Hernando Oaks, Lake Jovita, and many more. Mr. Glover also introduced the Cabana design to the Nature Coast and developed Orchard Park in conjunction with Ralph Glover, his father. Stuart oversaw the construction of the Millennium Home in 2000, a collaborative effort of builders & tradesmen whose sale proceeds benefited Habitat for Humanity.

Recognized in corporate and civic leadership, Mr. Glover was selected for the county commissioners' advisory committee representing the building industry. He also served as President of Hernando Builder's Association in 2002 and continues to be an active board member. For years he served on the steering committee of the Hernando County Summit, joining other community leaders and government to plan & forecast wise growth.

Known for his integrity, Stuart Glover has led Palmwood for over three decades of expanding growth as the face of central Florida changed significantly.

Mr. Glover serves in teaching and leadership roles in a local church and is active on the board for his neighborhood Homeowner's Association and lives in the local area.

Christopher E. Glover represents the third generation of family leadership, managing day-to-day operations of Palmwood in the role of Chief Operating Officer. Chris started in 2006, after 5 successful years of increasing success and responsibility with Raymond James Financial in their real estate acquisitions department. He comes with a Bachelor's Degree in Business Administration/Finance and a Minor in Economics from the University of Florida. Chris served as President of the Hernando Builders Association in 2012. Chris is currently (2013) the Builder of the Year as voted on by the members of the Builder's Association.

Chris enhances Palmwood's scope & spectrum with new areas and fresh ventures. He strives to strengthen community relationships, contributing to Palmwood's increased community presence. Pushing our standards and customer service to an even greater level of excellence is his passion. Chris works tirelessly to ensure that Palmwood continues on as the present & future leader in the industry.

Tom Champion ensures that our customer's dreams turn into reality, overseeing them from blueprint to finished product as Chief Superintendent of Palmwood's construction department. Tom lends a wealth of experience and practical knowledge gained through 40 years of construction management, and is part owner along with his wife Sandra Glover-Champion. Tom can be found traversing the tri-county area to make sure the job gets done well. His capable oversight brings sound resolutions to challenges or concerns that arise in the building process, helping Palmwood produce quality results, year after year.

He is also skilled with vast experience in the demands of Cabana home construction, having built this design in various settings since Palmwood introduced it locally in 1991. With over four decades as head of construction at Palmwood, Tom "champions" dedication to excellence as he serves the company and our customers.